ICT Solutions for the Connected Industry 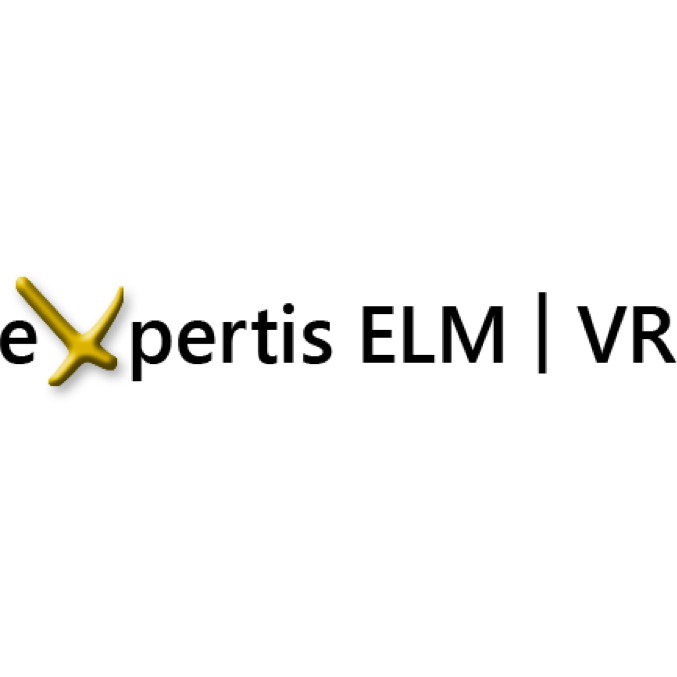 Expertis Layout Manager VR is an industrial plant monitoring and produce traceability solution which has an advanced, Virtual Reality technologies based display system.

Expertis Layout Manager VR (ELM VR) is an industrial plant monitoring and product traceability analysis solution that incorporates an advanced immersive visualization system based on Virtual Reality (VR) technologies. Its aim is to offer a picture as realistic as possible of the productive situation of an industrial plant using connections to a great variety of data sources, ranging from IoT devices to BigData systems through MES and ERP systems, as well as to allow the advanced study of the product traceability linking it with the visual elements it has gone through during its manufacturing process as far as its starting point.
ELM VR uses a VR scenario on which 3D models corresponding to the active elements of the productive systems are located. These elements are mapped with their correspondent definitions in the MES, ERP, etc. systems, allowing to retrieve the information to be represented by an integration web service that centralizes all different sources of information. ELM VR also allows to invoke the processes in the source systems, creating in doing so a Cyber-physical system that helps overseeing all the elements of the manufacturing process as a unique entity. 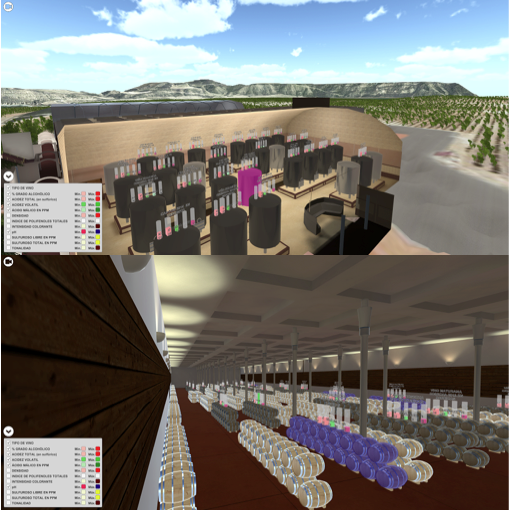 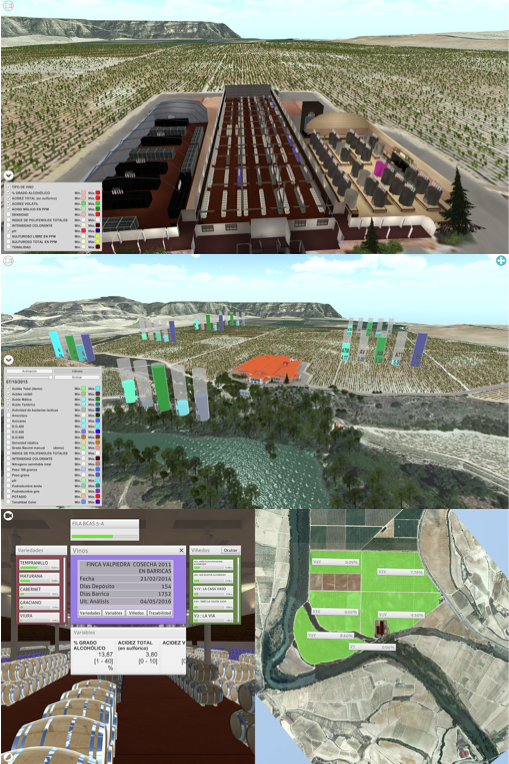 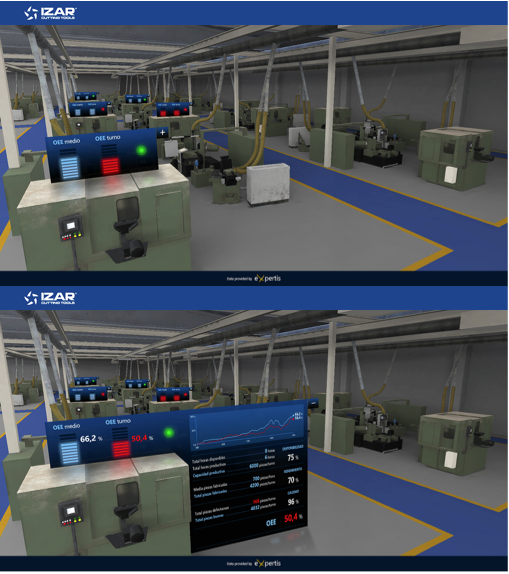